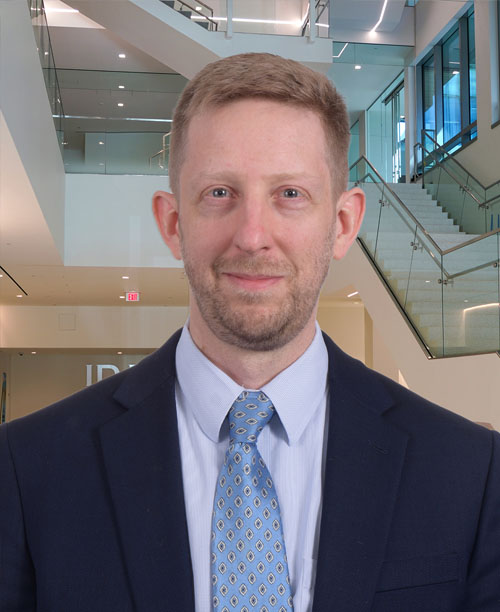 V. Bram Lillard assumed the role of Director of the Operational Evaluation Division (OED) in early 2022. In this position, Bram provides strategic leadership, project oversight, and direction for the division’s research program, which primarily supports the Director, Operational Test and Evaluation (DOT&E) within the Office of the Secretary of Defense. He also oversees OED’s contributions to strategic studies, weapon system sustainment analyses, and cybersecurity evaluations for DOD and anti-terrorism technology evaluations for the Department of Homeland Security.

Prior to his current position, Bram was embedded in the Pentagon where he led IDA’s analytical support to the Cost Assessment and Program Evaluation office within the Office of the Secretary of Defense. He previously led OED’s Naval Warfare Group in support of DOT&E. In his early years at IDA, Bram was the submarine warfare project lead for DOT&E programs. He is an expert in quantitative data analysis methods, test design, naval warfare systems and operations and sustainment analyses for Defense Department weapon systems.

Bram has both a doctorate and a master’s degree in physics from the University of Maryland. He earned his bachelor’s degree in physics and mathematics from State University of New York at Geneseo. Bram is also a graduate of the Harvard Kennedy School’s Senior Executives in National and International Security program, and he was awarded IDA’s prestigious Goodpaster Award for Excellence in Research in 2017.