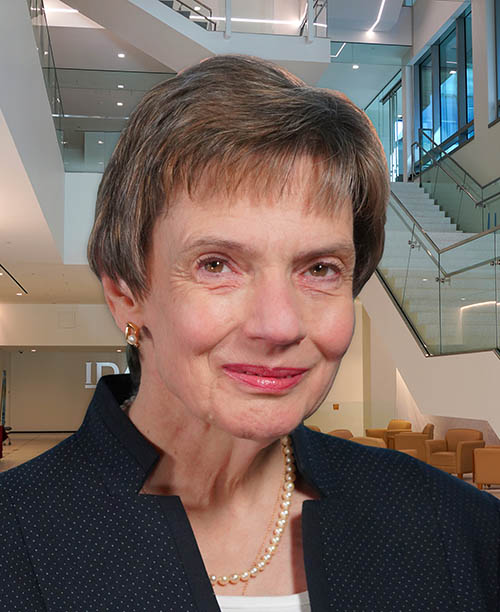 Margaret Myers is the Director of the Information Technology and Systems Division — a post she assumed in May 2009. She leads IDA researchers who address cybersecurity and other cyberspace challenges of national and global importance, drawing from their broad understanding of related operations and business, technology and systems, and policy and law.

From 2000 to 2008, Dr. Myers served as Principal Director for the Department of Defense Deputy Chief Information Officer. Prior to that assignment, she served as Director of Information Technology Acquisition and Investment for the Office of the Assistant Secretary of Defense for Command, Control, Communications, and Intelligence (C3I). From June 1997 through June 1998, she additionally acted as Deputy Assistant Secretary of Defense for C3I Acquisition.

Her government service has also included technical leadership positions with the U. S. Army Operational Evaluation Command and the U. S. Army Information Systems Engineering Command. She was appointed to the Senior Executive Service in 1992.

Dr. Myers served on active duty in the U. S. Army from 1975 to 1978. Continuing service in the Army Reserve, she was assigned to the staff of the Deputy Under Secretary of the Army for Operations Research and retired in 2005 in the rank of colonel.

Dr. Myers has published papers in numerous refereed journals related to acquisition, simulation, computer measurement, and software engineering. She is a member of the George Mason University College of Engineering and Computing Dean’s Advisory Board, chaired the board for the Association for Enterprise Information, and served as an ex officio member of the National Defense University Board of Visitors. A recipient of the Defense Department Distinguished Civilian Service Award, she has also been recognized with three Presidential Rank Awards—one at the Distinguished Executive level and two as Meritorious Executive.