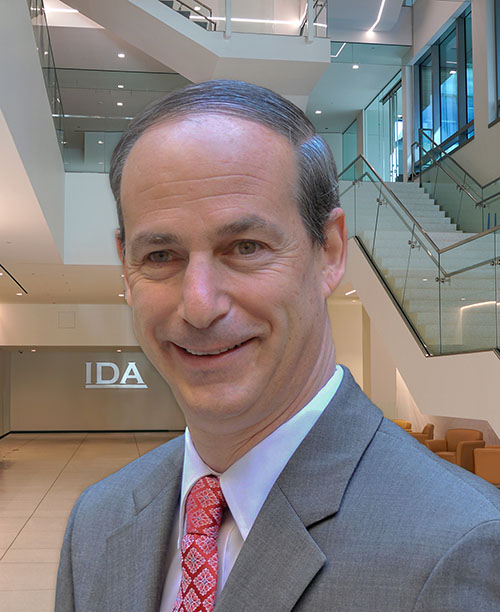 Wayne M. Raskind is the Director of the Center for Communications Research in Princeton, NJ. It is one of three research centers that comprise the Center for Communications and Computing, a Federally Funded Research and Development Center managed by IDA. Before his directorship, he participated in two SCAMPs, the summer program hosted by IDA's research centers to attack tough mathematical problems.

Previously, Dr. Raskind was Professor of Mathematics, Dean of the College of Liberal Arts and Sciences, and Associate Provost for Special Programs at Wayne State University in Detroit, MI.

Dr. Raskind's research specialty is in arithmetical algebraic geometry, and he has done important work in the arithmetic theory of algebraic cycles, including torsion in Chow groups of algebraic varieties over fields of arithmetic interest and higher Abel-Jacobi mappings. He has also worked on higher dimensional class field theory, algebraic varieties over complete fields with totally degenerate reduction, and the discrete log problem for the multiplicative group and for elliptic curves over finite fields. Dr. Raskind has served as associate editor of Bulletin de la Société Mathématique de France and as chief area editor in cryptography and computer security of Journal of Computer and System Sciences (JCSS).

Dr. Raskind received his doctorate in mathematics from the University of Cambridge in 1985.