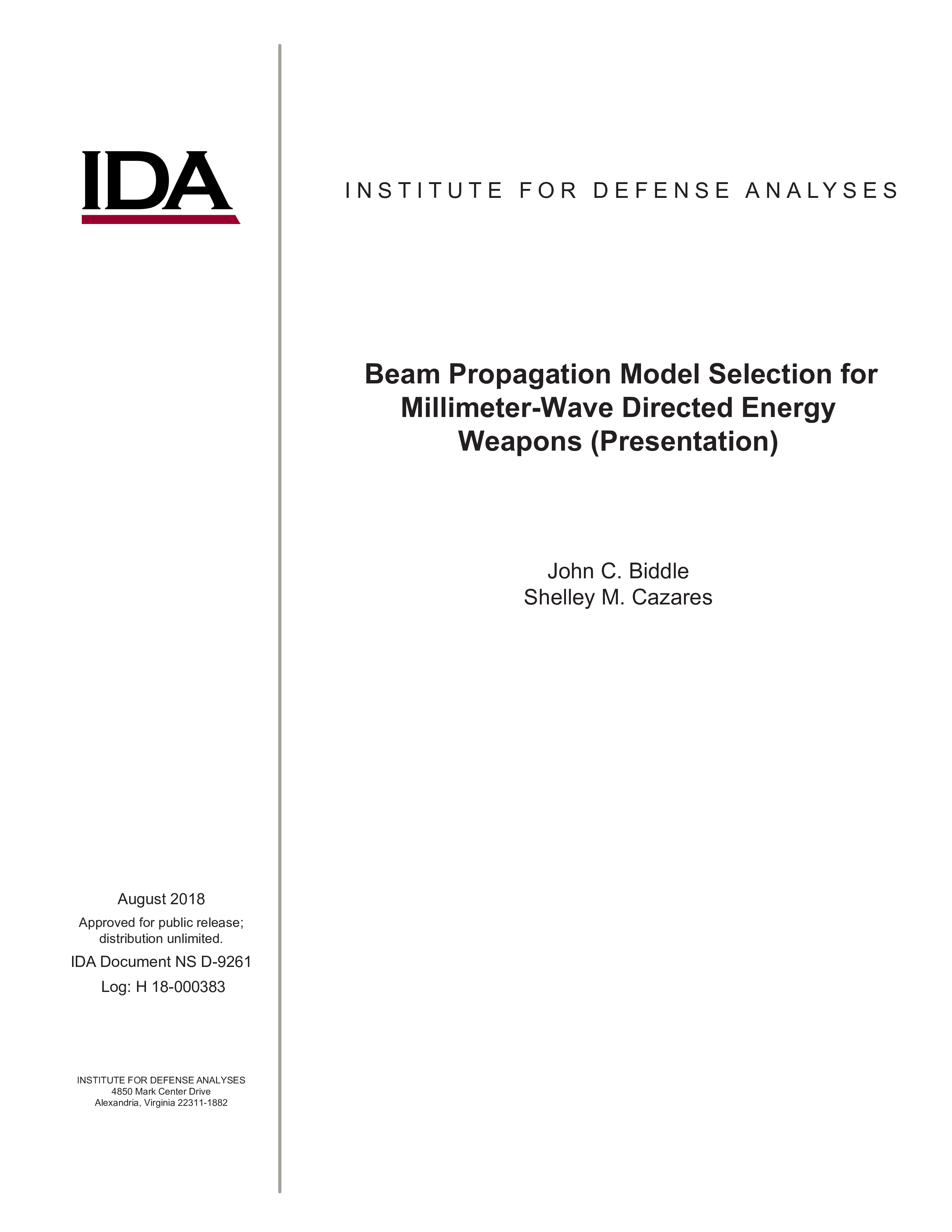 We consider low complexity beam propagation models of high powered, millimeter wave (95 GHz) systems. The goal is to achieve reasonable modeling fidelity with minimal compute power, allowing for rapid sampling in large parametric trade space studies. One model under consideration is the relatively simple Fraunhofer (e.g. “far field”) approximation which is commonly used in radar and high powered microwave systems. However at the frequency of interest, operational ranges for these systems can fall within the Fresnel zone where the assumptions of the Fraunhofer approximation are violated. As such we also construct a near field propagation model based on the field equivalence principle. This model is necessarily more complex than the Fraunhofer approximation, but is considerably less compute-intensive than full-wave solutions. We compare incident power estimates from the near field and Fraunhofer models for fixed focus and variable focus millimeter wave systems, showing that the models disagree primarily at ranges below the focal range as expected. Hence in this regime, we expect that the near field model to be the most appropriate. At the focal range and beyond, the models give similar results, suggesting that the Fraunhofer approximation may be sufficient for characterizing incident power near the focal point, even within the Fresnel zone.