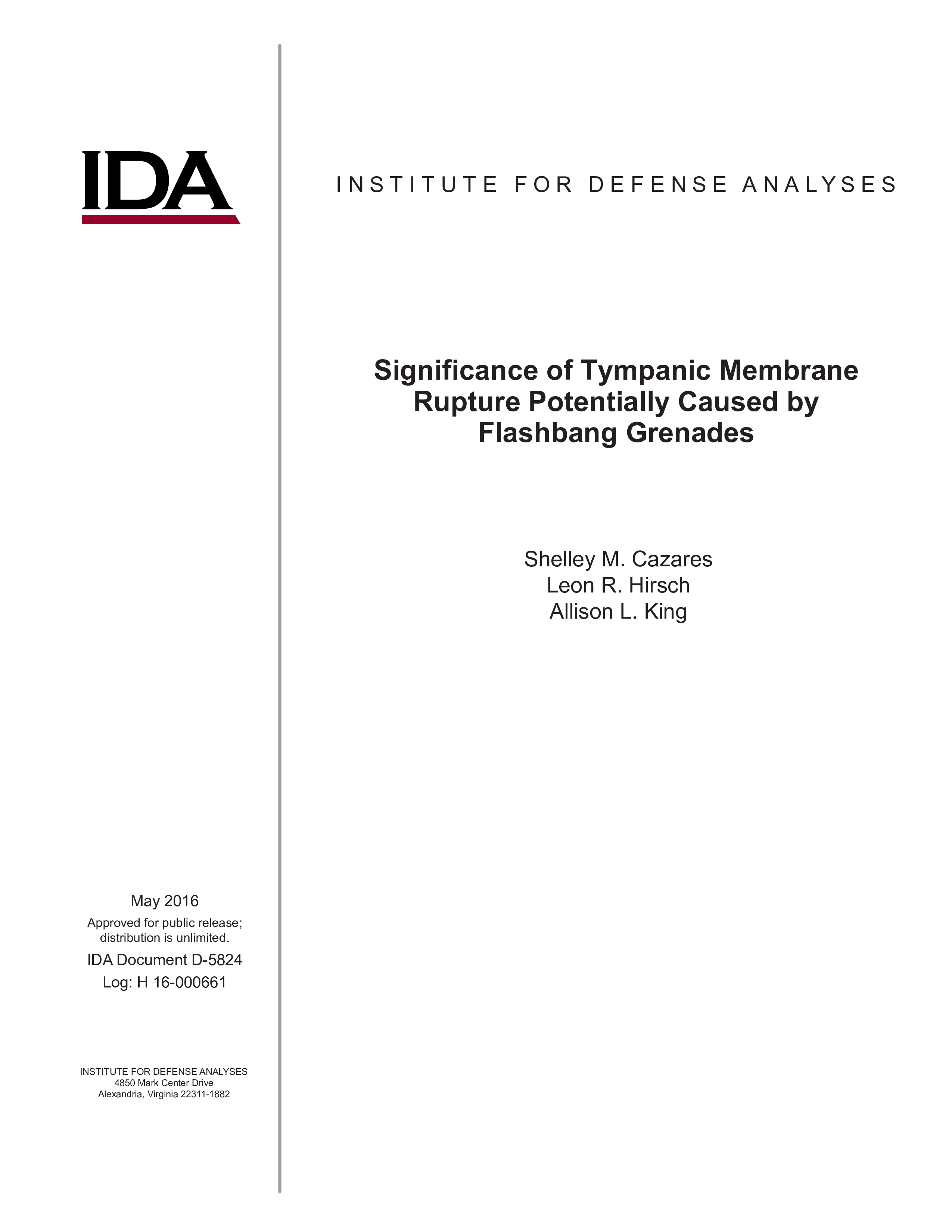 Flashbang grenades are Non-Lethal Weapons (NLWs) that employ loud sounds intended to temporarily suppress the targeted personnel while minimizing permanent injuries. However, there is a risk that these loud sounds can lead to Tympanic Membrane Rupture (TMR), a burst eardrum. Per Department of Defense Instruction 3200.19, an injury caused by a NLW, such as a TMR, is considered significant if “self-aid, buddy-aid, and combat lifesaver skills” (p. 13) are insufficient to treat the injury and/or if the injury results in death or “physical damage that restricts the employment or other activities of the person for the rest of his or her life” (p. 14). A novel NLW system’s Risk of [Causing] Significant Injury (RSI) must be quantified during acquisition. The objective of this project was to search the relevant literature to identify attributes of a TMR that can quantitatively, accurately, and precisely predict the significance of the TMR and then determine how those predictive attributes could be used to quantify a novel flashbang grenade’s RSI during acquisition. We recommend that NLW developers define a TMR as “significant” if the tear spans more than 2 mm of the membrane diameter and “not significant” if the tear spans 2 mm or less. We also recommend that an existing computational model be reconstructed such that it outputs the probability that a blast causes a moderate or major TMR (i.e., one spanning more than 2 mm), rather than simply any TMR. This quantity could then be used as an estimate of a novel flashbang grenade’s risk of causing a significant TMR.