A Decade of Afghans Improving Their Lives 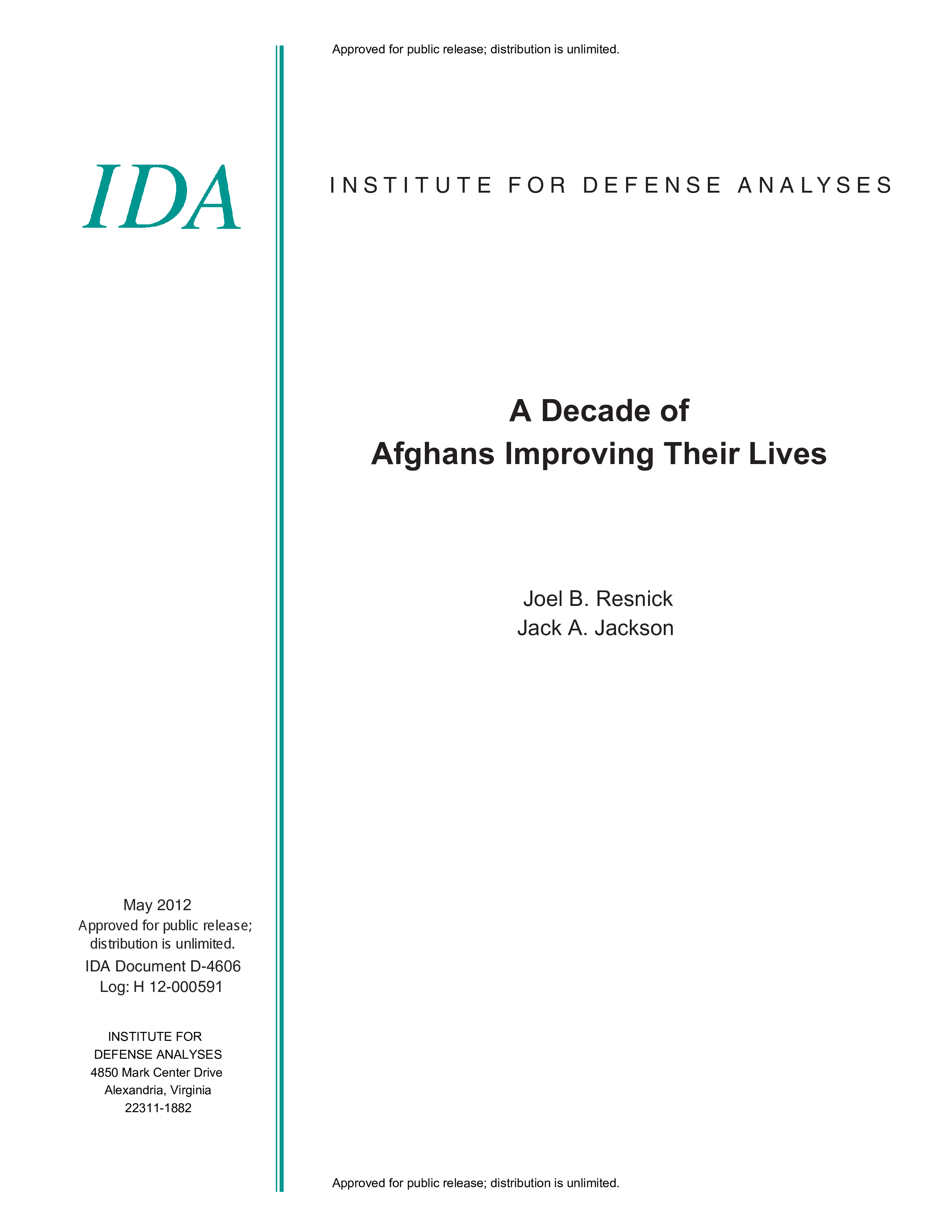 Since 2001, Afghans have seized the benefits of modernity to dramatically improve their lives. They are enrolling their children in schools in record numbers. They are taking advantage of public health clinics, which is reducing the death rates of mothers in childbirth, of newborns, and of children younger than five years old. It is also dramatically increasing life expectancy across Afghanistan. Afghans are incorporating mobile phones into daily life, giving them a new freedom of communication. They are acquiring motorcycles and cars in record numbers to take advantage of the rebuilt roads, giving them freedom of mobility.

Individual Afghans have seized on these improvements despite many obstacles. Insurgents oppose each of these improvements with violence directed against the Afghan people. The country’s economy remains largely dependent on agriculture, providing little growth in jobs and family income, and too little income for the national government. Afghans generally perceive the government institutions for security, Rule of Law, and service delivery as corrupt and ineffective.

This paper offers evidence from Afghan government statistics and polling data that Afghans have improved their lives during the last decade in the face of these obstacles. It does not attempt to explain why, offer lessons learned from the improvements during the last decade, or to make policy recommendations for future action in Afghanistan.